This week’s phishing email claims it originates from SharePoint. This one is poorly formatted, we do not receive fax reports, and overall looks unprofessional: 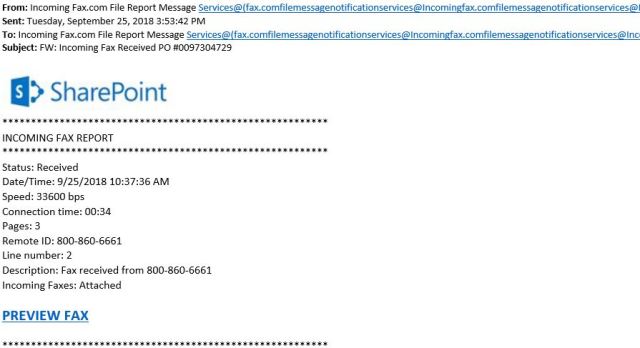 A critical vulnerability contained in the Cisco Video Surveillance Manager (VSM) software has been discovered with the potential to allow unauthenticated access. Attackers would be able to remotely log in and execute arbitrary commands as the root user. The vulnerability is a straight forward one in that the affected versions contain static user credentials for the root account.

Luckily these default credentials are not documented publicly. However the chance of an exploit remains a very real possibility. The static/default credentials exist because the root account of the affected software was not disabled before the Cisco installation. As it stands, there has been no word of any exploits circulating “in the wild.”

There are no workarounds for this issue, however, Cisco has released a patched for affected versions:

We recommend that the devices to be upgraded should contain sufficient memory and to confirm that current hardware and software configurations will continue to be supported properly by the new patch; this means performing a complete and tested backup of current device configurations.

Netizen frequently provides details of phishing attempts, but this week we are bringing to your attention news of an alert which will come to your mobile device:

The Federal Emergency Management Agency (FEMA), in coordination with the Federal Communications Commission (FCC), will conduct a nationwide test of the Emergency Alert System (EAS) and Wireless Alert System (EAS) on October 3, 2018. The WEA portion of the test commences at 2:18 p.m. EDT, and the EAS portion follows at 2:20 p.m. EDT. The test will assess the operational readiness of the infrastructure for distribution of a national message and determine whether improvements are needed.

The WEA test message will be sent to cell phones that are connected to wireless providers participating in WEA. This is the fourth EAS nationwide test and the first national WEA test. Previous EAS national tests were conducted in November 2011, September 2016,  and September 2017 in collaboration with the FCC, broadcasters, and emergency management officials in recognition of FEMA’s National Preparedness Month.
The test message will be similar to regular monthly EAS test messages with which the public is familiar. The EAS message will include a reference to the WEA test:

“THIS IS A TEST of the National Emergency Alert System. This system was developed by broadcast and cable operators in voluntary cooperation with the Federal Emergency Management Agency, the Federal Communications Commission, and local authorities to keep you informed in the event of an emergency. If this had been an actual emergency an official message would have followed the tone alert you heard at the start of this message. A similar wireless emergency alert test message has been sent to all cell phones nationwide. Some cell phones will receive the message; others will not. No action is required.”

The WEA test message will have a header that reads “Presidential Alert” and text that says:

“THIS IS A TEST of the National Wireless Emergency Alert System. No action is needed.”

The WEA system is used to warn the public about dangerous weather, missing children, and other critical situations through alerts on cell phones. The national test will use the same special tone and vibration as with all WEA messages (i.e., Tornado Warning, AMBER Alert).

Additional information can be found at https://www.fema.gov/emergency-alert-test

A recently released proof-of-concept attack utilizes JavaScript to crash or freeze recent versions of Mozilla Firefox when victims visit a specially designed web-page through the browser.

The source code for this attack was released on Sunday, September 23rd by a security researcher, and has been officially dubbed as Browser Reaper. This attack is said to be able to crash Firefox versions 62.0.2 and earlier.

The security researcher who released the proof-of-concept has also released Browser Reaper source code for both Chrome and Safari as well, after a proof-of-concept was released last week that caused iOS devices to crash and restart when visiting a website with specially crafted Cascading Style Sheets (CSS) and HTML code, which makes up a large percent of websites today.

Browser Reaper currently utilizes JavaScript to follow through with its attack. Javascript is one of the top 3 core technologies that make up the majority of internet websites today. It allows for more interactive browsing experience, but can also be used for nefarious actions. In the case of Browser Reaper, it generates a file with a very long name and begins to try and download itself onto your computer. By doing this million of times within a small amount of time, the browser becomes overwhelmed and eventually crashes.

How can Netizen help?

Netizen ensures that security gets built-in and not bolted-on. Providing advanced solutions to protect critical IT infrastructure such as the popular “CISO-as-a-Service” wherein companies can leverage the expertise of executive-level cybersecurity professionals without having to bear the cost of employing them full time.  We also offer compliance support, vulnerability assessments, penetration testing, and more security-related services for businesses of any size and type. 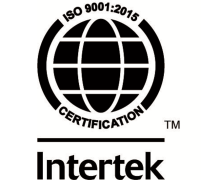